1.5 Million Given Woman in Slip-And-Fall Case

A Richmond Circuit Court jury has awarded $1.5 million to a woman who slipped and fell in October 1993 on rice that had spilled in an aisle of what was then The Grocery Store at 3302 Williamsburg Road.

Michelle Kearse-Jackson and her physicians testified that she suffered a back strain that cleared up relatively quickly. An injury to her jaw was slower to develop but resulted in constant pain, four operations and $45,500 in medical bills, according to her lawyer, David L. Epperly Jr.

The slowness of the injury to cause major problems was a key issue in the case. Kearse-Jackson, 27, did not seek medical attention for it until 15 months after the fall. Defense witnesses suggested that the temporomandibular joint dysfunction suffered by Kearse-Jackson was not directly related to the fall.

To win a slip-and-fall case, a plaintiff must show that those in charge of the premises were aware of the hazardous condition that caused the fall. 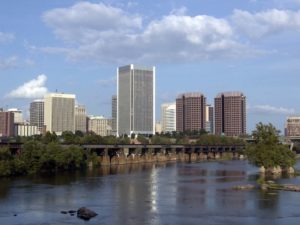 Sylvia Pizarro, a customer in the store who did not know Kearse-Jackson before the fall, testified that she had seen the rice and warned a store employee of the hazard a few minutes before the accident.

Store employees said they knew nothing about such a warning.

Although suits involving falls at commercial establishments are common, verdicts of more than a few thousand dollars are rare.

The verdict returned after less than 30 minutes deliberation on Wednesday may well be the largest ever in Virginia in such a case.

Another Richmond jury returned a $600,000 verdict several years ago, the largest in Virginia up to that time, but Judge Melvin R. Hughes Jr. set it aside.

Hughes presided over the trial Wednesday and affirmed the jury verdict.

Disclaimer: Remember, every case is different, and case results depend upon a variety of factors unique to each case. Case results in one case do not guarantee or predict a similar result in any future case.