The U.S. Government, banks, credit unions, pensions, and other sources are all willing to pay out cash that is owned by American individuals who, for whatever reasons, forget or do not know that their money is waiting for them to come and get it. Wouldn’t it be exciting to find five or ten thousand dollars just lying around that rightfully belong to you?

It’s easy to search for unclaimed money in your name. Here’s a little-known but amazing fact: the United States currently possesses $43 billion in unclaimed funds, according to the New York Times. And the government wants to give it back to you! Visit https://www.usa.gov/unclaimed-money, where you can learn about the ins and outs of unclaimed money and find tips on how to retrieve it.
Sometimes the government may track you down. When a South Carolina man got a phone call from Curtis Loftis, the state treasurer, telling him that he was entitled to more than $763,000 in unclaimed cash, at first he assumed it was a scam. It sounded like one of those phone calls that public service announcements warn you about: “Be sure you don’t give out your bank account number over the phone!” 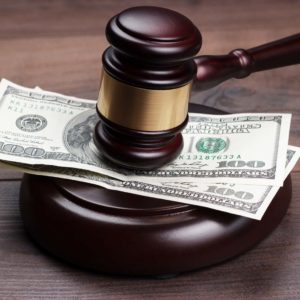 In fact, Loftis explained, the man’s mother had remarried after the death of his father. His father had left him the money, but confusion about the man’s correct last name had resulted in its being held by a lawyer, who eventually sent it to the state treasury. There, Loftis, who is also president of the National Association of Unclaimed Property Administrators, decided to try to track down the son and heir.
A veritable sleuth, Loftis picked up the man’s trail when he found the tombstone of another relative who had passed away in South Carolina that featured the man’s last name. Next step was finding the heir’s son on Facebook. The son told his father, who was skeptical. He finally called Loftis, still sure it was a scam. It took several conversations to convince him it was real.
Many states, including Virginia, are holding hundreds of millions of unclaimed dollars. The large amount, $763,000 is not typical, although Loftis told the New York Times he is chasing the owners of a closed textile mill in South Carolina who are owed $985,000. The reality is that often the sums of money, small or large, have been sitting on paper for decades, but are unlikely ever to be claimed.
Craig Follis has extensive experience in litigation, negotiating and settling suits, and providing legal opinions on liability and insurance coverage. You can reach him at (888) 703-0109 or via email at cfollis@lawyersva.com.
All Categories