Driverless cars are the future, whether American consumers want them or not. By 2035, 21 million driverless cars could be on the road, according to IHS Markit. “The driverless economy is one of a few economic sectors with huge growth potential, now that the bloom is fading on consumer electronics. …Tens of billions of dollars are at stake, maybe hundreds of billions, according to market analysts,” reported the Los Angeles Times.
Virginia Governor Terry McAuliffe wants some of those billions to flow to the Commonwealth. According to Julia Van Wagenet, writing in Statetech magazine, McAuliffe is promoting policies aimed at encouraging research into autonomous vehicles in the state. He aims to make Virginia the autonomous vehicle capital of the U.S.  “We are going to bury those other 49 states,” said McAuliffe at an Arlington workshop on autonomous vehicles hosted by the Secretary of Transportation. 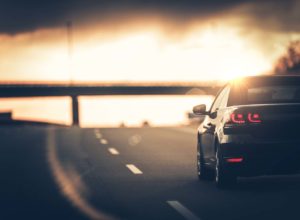 In 2015, the Governor had issued a proclamation that included the statement: “The Commonwealth is in a position to be a leader in welcoming, supporting and developing the automated vehicle industry, the emerging technologies used in such vehicles, and the business that will provide the support necessary to make the innovations a reality.” That year he signed legislation that created the “Virginia Automated Corridors,” an initiative established by the Virginia Tech Transportation Institute in partnership with the Virginia Department of Transportation; the Virginia Department of Motor Vehicles; Transurban; and HERE, a high-definition mapping business.
According to Statetech, Virginia owns two autonomous vehicles that Virginia Tech and the Virginia DOT are currently testing, and McAuliffe says the state is open to owning its own fleet in the future. “The technology is going to make us safer, let’s be clear. You’re not going to have people in cars driving, texting and doing everything else,” he said, pointing out that nearly half of all accidents are related to excessive speed and alcohol use. “Cars aren’t stopping off and doing shots of whiskey.”
Craig Follis has extensive experience in litigation, negotiating and settling suits, and providing legal opinions on liability and insurance coverage. You can reach him at (888) 703-0109 or via email at cfollis@lawyersva.com.
All Categories