Earlier this year, Virginia Gov. Terry McAuliffe signed four bills into law that address the ongoing opioid epidemic that is raging in Virginia and many other states. Attempts at alleviating the devastating effects of opioid addiction include measures like the bills, which launch syringe-services programs; initiatives to increase access to the overdose-reversal drug naloxone; changes to opioid prescription policies; and processes for providing services to infants exposed to opioids in utero, reported the Richmond Times-Dispatch. The laws went into effect on July 1.

“We are now seeing spikes in deaths from heroin and fentanyl, illegal forms of opiates,” said McAuliffe. When the final numbers are tallied, “We believe that last year we will have had more than 1,000 people die from a fatal opioid overdose,” with 822 dying in the first nine months of 2016, an approximately 33 percent increase over 2015. Virginia Health Commissioner Dr. Marissa Levine declared a public health emergency in late 2016 because of the opioid epidemic. 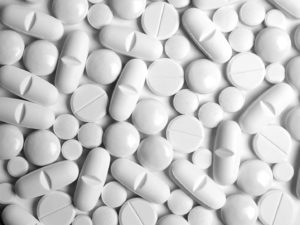 One of the bills, which legalizes syringe-services (also known as needle-exchange) programs, is an effort to slow rising rates of hepatitis C and HIV in some parts of the state, caused by injection drug use. “The issue we see is that, from a prescription drug point of view, clearly Southwest Virginia is highest risk, but with the heroin addiction, the large metropolitan areas are the highest risk,” Levine said. “It’s possible that many of them will be high-risk areas.”
It is not clear yet if a program will be set up in Richmond. Richmond’s rate of hepatitis C jumped from 160.7 cases per 100,000 people in 2014 to 214.8 in 2015, the most recent year for which the figures were available, according to the Times-Dispatch.
The U.S. Department of Health & Human Services (HHS) posted, “Our nation is in the midst of an unprecedented opioid epidemic. More people died from drug overdoses in 2014 than in any year on record, and the majority of drug overdose deaths (more than six out of ten) involved an opioid. Prevention, treatment, research, and effective responses to rapidly reverse opioid overdoses are critical to fighting the epidemic.”
Craig Follis has extensive experience in litigation, negotiating and settling suits, and providing legal opinions on liability and insurance coverage. You can reach him at (888) 703-0109 or via email at cfollis@lawyersva.com.
All Categories