Earlier this spring, the U.S. Attorney’s Office for the Eastern District of Virginia succeeded in convicting three fraudsters who conspired in a scam that cost hundreds of victims an estimated $10 million or more. Dana J. Boente, U.S. Attorney for the Eastern District of Virginia, prosecuted the case before a jury, and Senior U.S. District Judge James C. Cacheris accepted the verdict of guilty.

According to evidence presented in court, Sammy Araya, Michael Henderson, and Jen Seko, all from the greater Los Angeles area, operated a large-scale “home mortgage modification” scam by sending targeted mass mailers to homeowners facing foreclosure. The mailers referenced real federal programs designed to help struggling homeowners, such as the Home Affordable Modification Program (HAMP), and listed toll-free telephone numbers for the homeowners to call for assistance.  However, when a victim called, one of the three co-conspirators, posing as a customer service representative, would collect financial information and information about the victim’s mortgage, “to see what help the person needed.” The fraudsters used the information to determine how much money could be stolen from the victim. 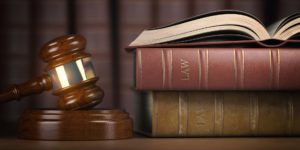 They told victims to send their payments to fake entities such as “Equity Restoration Group,” “Neighborhood Counseling Services of America,” and “Home Retention Center,” among many others.  They opened bank accounts under the fake names, where they would briefly deposit the victim’s funds before withdrawing them and sharing them among the members of the conspiracy. When victims confronted the fraudsters after realizing they had not received mortgage modifications after all, the co-conspirators would reassure them, stating that the process takes time. The ringleader, Araya, used the money obtained by the fraud to buy expensive vehicles, a racehorse, and a variety of luxury goods, as well as to fund his personal travel and a reality television show he produced.
“These defendants scammed hundreds of individuals and families who were trying desperately to save their homes,” said U.S. Attorney Boente in a statement released by the U.S. Department of Justice. “Their crimes were rooted in dishonesty and greed, and they shamelessly enriched themselves at their victims’ expense. I am very pleased with the convictions.”
Craig Follis has extensive experience in litigation, negotiating and settling suits, and providing legal opinions on liability and insurance coverage. You can reach him at (888) 703-0109 or via email at cfollis@lawyersva.com.
All Categories