In early July, a federal appeals court overturned the 2015 corruption conviction of Sheldon Silver, the once-powerful New York State Assembly speaker who obtained nearly $4 million in illicit payments in return for taking official actions that benefited others, reported the

New York Times. The appellate court that vacated Silver’s conviction cited a 2016 U.S. Supreme Court ruling i n a case involving Bob McDonnell, a former Republican governor of Virginia, which narrowed the definition of the kind of official conduct that can serve as the basis of a corruption prosecution.
McDonnell, the first ever Governor of Virginia to be indicted for a criminal offense, had been found guilty in 2014 of accepting more than $175,000 in gifts and loans from a wealthy businessman in exchange for promoting a dietary supplement, using his public office to do so.
McDonnell He was sentenced to two years in prison, but was allowed to remain free while the justices weighed his appeal. 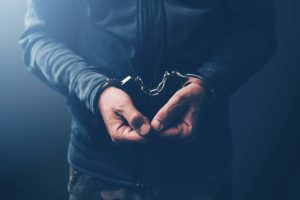 In reversing McDonnell’s conviction on charges he illegally accepted more than $175,000 in loans and gifts from a businessman, the Supreme Court. The Supreme Court’s landmark decision overturning McDonnell’s graft conviction also made it much harder to define what it means for a politician to partake in an illegal quid pro quo. In its ruling in Mr. Silver’s case, the United States Court of Appeals for the Second Circuit cited the McDonnell decision.
Noah Bookbinder, the executive director of Citizens for Responsibility and Ethics in Washington, told another New York Times reporter that the two decisions, taken together, might have eroded the definition of corruption. Bookbinder is chiefly concerned that the McDonnell case would provide “a blueprint to corrupt officials.”  He said,  “They’ll understand that if you give me $50,000 or a Rolex watch, all I have to do is say I’ll introduce you to some people and it will be O.K.,” he said. “Everybody, in other words, will learn the language of corruption. It will still be a bribe, but it will fall outside of anything that is technically illegal.”
Federal prosecutors quickly vowed to retry the case, and Preet Bharara, the former U.S. attorney who had prosecuted Silver, wrote that he was confident Silver would be convicted at his retrial.
Craig Follis has extensive experience in litigation, negotiating and settling suits, and providing legal opinions on liability and insurance coverage. You can reach him at (888) 703-0109 or via email at cfollis@lawyersva.com.
All Categories