The U.S. Senate’s Special Committee on Aging has published a list in its “Fraud Book 2017” of the top ten scams that victimized U.S. seniors in 2016. Seniors and their family members need to be aware and vigilant of the many deceitful traps the elderly person can fall in to.

According to the Fraud Book, impersonations of IRS agents were the number one complaint among the total of 2,282 complaints called in to the Senate Aging Committee’s Fraud Hotline from residents in all 50 states and the District of Columbia. The number of complaints about fake IRS scammers falsely accusing seniors of owing back taxes and penalties had prompted a hearing in 2015 to investigate and raise awareness about the IRS imposter crimes. 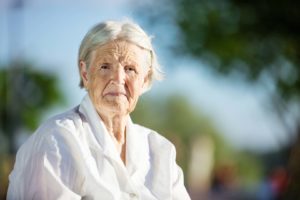 In second place right behind the IRS scammers are sweepstakes and lottery scams.  The FBI has scored a few arrests of scammers based in Jamaica, where a growing phone scam industry targeting the vulnerable elderly has been harming thousands of Americans. Criminals in other countries are involved as well. Victims are told they have won a huge lottery prize, and then continually extorted for “taxes” and “fees” to receive the prize.
The third most common scams are unwanted phone calls and robocalls. The national Do-Not-Call registry has not been successful in stemming the tide of robocalls, and new technology has rendered it ineffective while making it easier for scammers to contact and deceive elderly consumers.
New technology has also enabled computer scams, now fourth on the list. They come in many different variations, the scammers usually claim to represent a reputable technology company and to convince their victims to pay for bogus tech support, sometimes even gaining access to their financial accounts.
Elder financial abuse is the fifth most common scam, and prompted the introduction of the “Senior$afe Act” in January 2017. If the act becomes law, it would protect trained financial services employees from lawsuits when they report suspected cases of financial exploitation to the proper authorities.
Grandparent scams, number six on the list, are particularly nasty frauds in which criminals call a senior pretending to be a grandchild or other family member in urgent need of money to cover an emergency.
Rounding out the list:
7. Romance scams, in which the fraudsters develop online relationships on dating sites, and then ask for money to pay for an alleged visit to the victim, but never show up.
8. Grant scams, where thieves call pretending the victim has received a government grant, and requesting that the victim pay a fee.
9. Counterfeit check scams, where the victims are tricked into cashing or depositing a check and then wiring the money back to the fraudsters.  The checks bounce, and the victim is liable for the funds.
10. Identity theft, although many people have heard of this crime, is tenth on the list.  The category is expanding, however, from theft of a wallet or mail to online impersonation to other illegal efforts to obtain a person’s identifiable information.
Craig Follis has extensive experience in litigation, negotiating and settling suits, and providing legal opinions on liability and insurance coverage. You can reach him at (888) 703-0109 or via email at cfollis@lawyersva.com.
All Categories