U.S. Law and Compensation for Victims of International Terrorism

What are the rights of American victims to be compensated for injuries or deaths caused by acts of international, state-sponsored terrorism? The Justice for United States Victims of State Sponsored Terrorism Act provides for the establishment and administration of the U.S. Victims Of State Sponsored Terrorism Fund (USVSST) to provide compensation to certain U.S. victims.

The U.S. Code § 10603c defines “victim” as a person who suffered direct physical or emotional injury or death as a result of international terrorism. In the case of a victim who is less than 18 years of age, incompetent, incapacitated, or deceased, a family member or legal guardian of the victim may receive the compensation on behalf of the victim.
The USVSST was established in December 2015, when President Obama signed the Consolidated Appropriations Act into law. According to lawfareblog.com, the Fund would provide “up to $4.4 million in compensation for each of the 53 Americans who were held hostage and physically abused by Iran after the takeover of the U.S. Embassy in 1979.” The Iran hostages, who suffered terribly during their ordeal, (or their estates) would each be eligible to receive $10,000 for each of their 444 days in captivity; this would total $235 million in compensation.  The spouse and each child of each hostage would be eligible to receive a lump sum payment of $600,000. 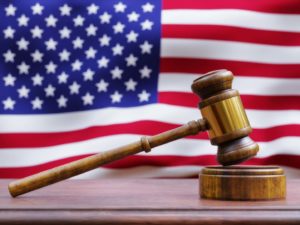 The Iran hostages and their lawyers have long blamed the State and Justice Departments of “blocking” their ability to sue Iran. The Algiers Accords signed by Iran and the U.S. in January 1981 (which allowed for release of the hostages) prohibit U.S. nationals from filing claims against Iran in U.S. courts arising from the hostage-taking.
The Fund will also pay up to $20 million to victims of international terrorism (up to $35 million to them and their family members) who have received final court judgments against Iran, Cuba, Sudan, Syria, North Korea, and other state sponsors of terrorism under the Foreign Sovereign Immunities Act.”
Earlier this year, insurancejournal.com reported that the U.S. Department of Justice has made payments totaling more than $800 million from the USVSST Fund to compensate thousands of U.S. victims of international acts of terrorism by state sponsors of terrorism. The government said the Fund would continue making payments in 2017 that will bring the total to more than one billion dollars.
Craig Follis has extensive experience in litigation, negotiating and settling suits, and providing legal opinions on liability and insurance coverage. You can reach him at (888) 703-0109 or via email at cfollis@lawyersva.com.
All Categories