Tropical Smoothie Cafe is Sued for Hepatitis A Outbreak

Delicious, ice-cold, fresh-fruit smoothies are increasingly popular, especially as a summer refresher.  Be careful, however, where you buy one.  In September a Virginia man sued Tropical Smoothie Café for selling him a beverage contaminated with hepatitis A. The suit alleges that the man fell ill after drinking several smoothies from the franchise’s Woodbridge, Virginia location, ending up in the hospital for three days and undergoing a slow recovery. Hepatitis A is a virus that affects the liver. 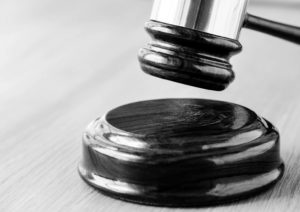 More lawsuits followed. Tropical Smoothie Café now faces several class action lawsuits for people who needed a vaccine after being exposed to hepatitis A. For example, seven people in Virginia have filed a lawsuit that holds the smoothie chain and 10 other companies and people responsible for the hepatitis A outbreak. The seven had bought smoothies from Tropical Smoothie and, soon after, all fell ill with Hepatitis A. According to WAVY, they all “experienced typical symptoms of the disease, which include fever, nausea, vomiting, headaches, abdominal pain, and fatigue.”
The hepatitis A contamination was traced to frozen strawberries imported from Egypt.  Fox News reported that the smoothie chain has been linked to more than 100 hepatitis A cases in Virginia, according to health officials, and more than two dozen more in seven other states.
In December, the U.S. Centers for Disease Control and Prevention (CDC) and the Food and Drug Administration (FDA) completed their investigation of the outbreak, which is over. They reported, “Nearly all ill people interviewed reported drinking smoothies containing strawberries at Tropical Smoothie Café locations prior to August 8 in a limited geographical area, including Maryland, North Carolina, Virginia, and West Virginia, but there have been a small number of cases outside of that geographic area with no Tropical Smoothie Café exposure.”
The FDA traced the frozen Egyptian strawberries served in the Tropical Smoothie Café locations back to the International Company for Agricultural Production & Processing (ICAPP). Tropical Smoothie Café reported that they removed the Egyptian frozen strawberries from their restaurants in Maryland, North Carolina, Virginia, and West Virginia and switched to another supplier. In October, ICAPP recalled all of its frozen strawberries imported into the U.S. since the beginning of 2016.
Craig Follis has extensive experience in litigation, negotiating and settling suits, and providing legal opinions on liability and insurance coverage. You can reach him at (888) 703-0109 or via email at cfollis@lawyersva.com.
All Categories