The Car Crash Capitals of America

It’s an unfortunate fact that a significant rise in vehicle-related fatalities was recorded in government statistics  in 2016, documenting a 7.2 percent  rise from 2014 to 2015—the biggest one-year increase in 50 years. According to axlegeeks.com, an auto research website, your location, i.e., where you are driving, can affect your risk of dying in a car crash. Using data from the National Highway Traffic Safety Administration, AxleGeeks identified the 100 U.S. cities with the largest numbers of crash fatalities per 100,000 people in 2015. 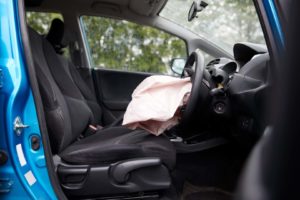 Surprisingly, the state of Florida is home to five of the 10 most dangerous cities in America. Other Southern states like Texas and South Carolina also tend to rank high in fatalities, while small New England states and giant metropolises—perhaps because fewer people drive in big cities—don’t make the list.  Your risks are lower if you live in Vermont, New Hampshire and Maine—ditto New York City, Chicago and Philadelphia.
In many states, drunk driving accounts for a third or more of traffic fatalities. Here are Axlegeeks’ top ten cities for lethal crashes, in ascending order:

Vehicle crash fatalities are a public health issue. The U.S. Centers for Disease Control and Prevention (CDC) reported that in 2013, the U.S. crash death rate was more than twice the average of other high-income countries, concluding, “We can make more progress in reducing crash deaths.” According to the World Health Organization, “Road traffic injuries have been neglected from the global health agenda for many years, despite being predictable and largely preventable. Evidence from many countries shows that dramatic successes in preventing road traffic crashes can be achieved through concerted efforts.”
​Craig Follis has extensive experience in litigation, negotiating and settling suits, and providing legal opinions on liability and insurance coverage. You can reach him at (888) 703-0109 or via email at cfollis@lawyersva.com.
All Categories