“More must be done,” said a July 24th editorial in the Washington Post that commented on the shocking research report on football and brain trauma published that week in JAMA, the Journal of the American Medical Association. The study, conducted by researchers from Boston University and the VA Boston Healthcare System, found chronic traumatic encephalopathy, known as CTE, in 99 percent of the brains of deceased NFL players that had been donated to scientific research.

In 2016, the NFL had belatedly and reluctantly admitted the more or less proven relationship between CTE and the injuries sustained by pro football players. The statement followed a 2015 class-action lawsuit settlement in which the NFL agreed to provide up to $5 million per retired player to thousands of former players whose serious medical conditions were associated with repeated head trauma. 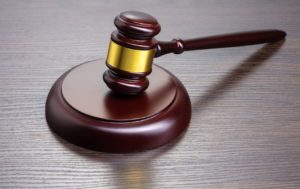 The Post called for further intensive research, citing the $100 million pledged by the NFL for research into the injuries and new technologies to protect players. “The [research] findings should give pause to parents deciding whether their children should play, to fans who think only of the entertainment offered by the sport, and most of all to professional and college football operations that make big money from players willing to put their health on the line,” continued the editorial board.
Out of 202 deceased former football players, including high school, college and professional players, CTE was diagnosed in 177, according to the study. The NFL, however, continues to suggest that not all of the CTE was caused by head trauma incurred while playing football.  The NFL told CNN in a statement, “”The medical and scientific communities will benefit from this publication and the NFL will continue to work with a wide range of experts to improve the health of current and former NFL athletes. …There are still many unanswered questions relating to the cause, incidence and prevalence of long-term effects of head trauma such as CTE.”
Many automobile crash victims suffer from traumatic brain injuries (TBIs).  These studies of NFL players will help understand these injuries and will benefit people who suffer brain injuries in car crashes.
Craig Follis has extensive experience in litigation, negotiating and settling suits, and providing legal opinions on liability and insurance coverage. You can reach him at (888) 703-0109 or via email at cfollis@lawyersva.com.
All Categories