Robotics Cause Drivers to Lose Their Skills

Consumers love the technology that is making our cars and trucks smarter and safer. But observers are seeing a down side to the computerized driving assistance.  “Technology is making drivers lazier and less attentive,” according to bloomberg.com. Adrian Lund, president of the Insurance Institute for Highway Safety (IIHS) told Bloomberg, “Everything we do that makes the driving task a little easier means that people are going to pay a little bit less attention when they’re driving.”

Technology that once came only with luxury cars is becoming standard in everyday autos. Sensors and computer chips help keep cars in their lanes, maintain a safe distance from other vehicles, warn of unseen traffic and slam on the brakes to avoid rear-end crashes. “For carmakers trying to address deteriorating driver skills, the stakes are immense.”
Distracted driving is the number one cause of vehicle crashes, and smart phones and increasing use of handheld devices that allow texting or surfing the web while driving are increasing drivers’ distraction. Their impact is one of the several causes of the 14 percent increase in traffic fatalities from 2014 to 2016. 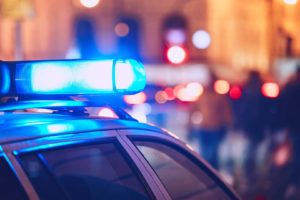 Wrote Bloomberg reporter Keith Naughton, “The semi-autonomous features that are the building blocks of tomorrow’s driverless cars were designed to compensate for inattentiveness behind the wheel. Instead, they may be enabling drivers to place too much faith in the new technology.” The results of a survey conducted in July of visitors to the car-buying advice on the Kelley Blue Book website revealed that more than half (57 percent) of consumers believe that technology will reduce people’s driving skills. “Without question, technology is making drivers lazier and less attentive,” said Mike Harley, group managing editor at Kelley Blue Book.
Researchers at the University of Michigan studied how people are using blind-spot detection systems with audible alerts when another car enters the drivers “blind” area. The study found a significant increase in drivers failing to look over their shoulder to check for themselves when changing lanes.
The “unwanted side effects” of the popular new features are worrying the auto industry, which is looking for technology solutions for keeping drivers engaged, according to automotive consultant Mark Wakefield.  For example, Nissan has an assist that stops the vehicle in its lane if the driver doesn’t touch the wheel for 30 seconds. GM is installing eye-tracking technology on its Super Cruise feature that makes drivers watch the road.
“The idea that you can take your hands off the wheel for 15 seconds and the driver is still in control, that’s not realistic,” said Lund. “If they’re taking their hands off for 15 seconds, then they’re doing some other things.”
​Craig Follis has extensive experience in litigation, negotiating and settling suits, and providing legal opinions on liability and insurance coverage. You can reach him at (888) 703-0109 or via email at cfollis@lawyersva.com.
All Categories