Health care in the U.S. is troubled by an increasing number of medical errors. “To Err Is Human,” the Institute of Medicine’s shocking 1998 report, called attention to the fact that approximately 98,000 Americans die from medical errors every year.  In 2016, the British Medical Journal estimated that that number has risen to 250,000 per year, making medical errors the third leading cause of death in the U.S.

Medication and prescribing errors account for a large number of those deaths. Cases can be due to inappropriate prescribing for the patient’s condition, overprescribing greater doses than needed, and prescribing multiple drugs for different conditions to the same patient, which cause problems when they are taken together.
Currently, America’s nursing homes are seeing a wave of prescribing powerful, even dangerous antipsychotic medications without the patients’ consent, some of them administered illegally. In a case reported in an article in the AARP Bulletin, a 79-year-old woman with Alzheimers was admitted to a Ventura, California nursing home to recover from a broken pelvis. The only medications she required were for controlling blood pressure and cholesterol, plus an inhaler for pulmonary disease. The article quoted her daughter, who said, “When my mom went into the nursing home, she could dress and feed herself, walk on her own. You could have a conversation with her.” When her mother was discharged 18 days later, she “wasn’t my mother anymore. She was withdrawn, slumped in a wheelchair with her head down, chewing on her hand, her speech garbled.” Within weeks, she was dead.
Attorneys from AARP Foundation joined the women’s lawyers in bringing an unprecedented class-action suit against the nursing home. A Ventura County Superior Court judge agreed that Levine had a legitimate complaint against the facility for using powerful and dangerous drugs without the informed consent of residents or family members, and a settlement was reached.  “It is the first case of its kind in the country, and hopefully we can replicate this nationwide,” says attorney Kelly Bagby, senior counsel for AARP Foundation Litigation.
Let’s hope Bagby is right, and that justice will be done in the many cases that are distressingly similar to the one in Ventura. Research has indicated that as many as 1 in 5 patients in the nation’s 15,500 nursing homes are given antipsychotic drugs that are not only unnecessary, but also extremely dangerous for older patients. Unfortunately, the problem arises due to chronic understaffing, poor training, and the very aggressive marketing of their products by pharmaceutical companies. 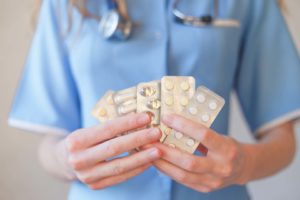 “The misuse of antipsychotic drugs as chemical restraints is one of the most common and long-standing, but preventable, practices causing serious harm to nursing home residents today,” Toby Edelman, an attorney at the Center for Medicare Advocacy in Washington, D.C., and added, “When nursing facilities divert funds from the care of residents to corporate overhead and profits, the human toll is enormous.”
Remember: every case is different, and case results depend upon a variety of factors unique to each case.  Case results in one case do not guarantee or predict a similar result in any future case.
Craig Follis has extensive experience in litigation, negotiating and settling suits, and providing legal opinions on liability and insurance coverage. You can reach him at (888) 703-0109 or via email at cfollis@lawyersva.com.
All Categories