No More Forced Arbitration by Lenders Under New CFPB Rule

In earlier blogs, I have discussed the increasing use of forced arbitration clauses in contracts to prevent consumers pursuing claims of wrongdoing from joining class-action lawsuits, and the unfairness of mandatory arbitration.  The good news is that, in early July, the Consumer Financial Protection Bureau (CFPB) recently banned the use of such clauses by banks and other financial services companies. Mandatory arbitration clauses appear in contracts for a wide variety of products.
“Banks blasted the rule, which bars financial firms from forcing customers to agree to settle disputes only through arbitration as a condition of opening new accounts, but consumer advocates said it will make sure wronged customers have their day in court,” according to Reuters. The rule was proposed last year under former President Barack Obama.
The new rule represents a clear victory for U.S. consumers. But it may soon be challenged or ultimately tossed aside, under a new administration and Congress. Comptroller of the Currency Keith Noreika, appointed by President Trump, had written to CFPB Director Richard Cordray “to raise ‘safety and soundness’ concerns with a draft version he had read,” asking the CFPB to share data it used in developing the new rule. Eliminating mandatory arbitration, he wrote, “could result in less effective consumer protection and remedies, while simply enriching class-action lawyers,” adding the rule “may potentially decrease the products and services offered to consumers, while increasing their costs.”
The CFPB announced the new rule before it notified the Office of the Comptroller of the Currency Acting, said a spokesman. Cordray told reporters that Congress has already banned mandatory arbitration clauses for mortgages and contracts involving members of the military. He also said he expects Congress to look into nullifying the rule. 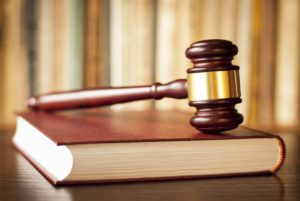 According to Reuters, Meanwhile, one of Washington’s most powerful lobby groups and CFPB critics, the Chamber of Commerce, said it will ‘consider every approach to address our concerns,’ which many interpreted as a threat to sue. The Consumer Bankers Association has already begun lobbying lawmakers to reject it under the Congressional Review Act (CRA), which gives lawmakers power to kill newly minted regulations.

Craig Follis has extensive experience in litigation, negotiating and settling suits, and providing legal opinions on liability and insurance coverage. You can reach him at (888) 703-0109 or via email at cfollis@lawyersva.com.