Is the Charlottesville Attack a Federal Hate Crime Case?

Shortly after the deadly car crash in Charlottesville that killed a protestor and injured several others, federal law enforcement said in a statement that it has launched an ongoing civil rights investigation into the incident, reported the Richmond Times-Dispatch. State law enforcement has primary jurisdiction to prosecute the car’s driver, James Fields, who is charged with second-degree murder and other counts. Will Fields also face federal charges?

Although a crime may be motivated by hate, the federal hate crimes law may not necessarily apply to it, according to the New York Times. Federal prosecutors may bring a case only when a defendant attacked a victim because of that person’s race, religion, national origin, ethnicity, gender or sexual orientation.  Moreover, under the current administration the Justice Department’s civil rights division has to some degree pulled back from enforcement of civil rights laws.
However, Attorney General Jeff Sessions made a forceful statement in the announcement of the civil rights investigation. “The violence and deaths in Charlottesville strike at the heart of American law and justice,” he said. “When such actions arise from racial bigotry and hatred, they betray our core values and cannot be tolerated.” The statement suggests that the AG may seek to make the attack into a federal case.
Still, it may be difficult to prove that Fields was motivated by one of the factors included in the hate crimes law. The victim, a demonstrator against the white supremacists’ rally, was white, and hatred of a person’s political views is not mentioned in the statute. There is a provision in the Civil Rights Act of 1968 that makes it a federal crime to use force to willfully injure or intimidate any citizen because the victim was “participating lawfully in speech or peaceful assembly” opposing the denial of certain civil rights to other people. 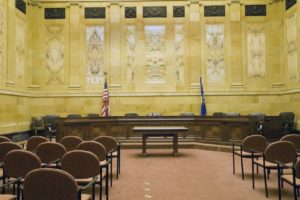 Federal prosecutors may attempt to use this provision, but whether it applies to people protesting a white nationalist rally is not clear. No precedent exists, and, as Loyola Law School professor Justin Levitt told the NYT, “You don’t often see someone ramming a car into a peaceful protest. The sorts of things you see in Charlottesville, you don’t see often.”
Was it domestic terrorism? AG Sessions told ABC News’s “Good Morning America” that the Charlottesville case “does meet the definition of domestic terrorism in our statute. … You can be sure we will charge and advance the investigation towards the most serious charges that can be brought because this is unequivocally an unacceptable and evil attack.”
Craig Follis has extensive experience in litigation, negotiating and settling suits, and providing legal opinions on liability and insurance coverage. You can reach him at (888) 703-0109 or via email at cfollis@lawyersva.com.
All Categories