In Lawsuits, Medical Malpractice Can Be Difficult to Prove

It is famously difficult to prove fault in medical malpractice cases, where every story is different, the evidence may not be clear-cut, and the litigating parties assert different accounts of whether or not malpractice occurs. To prove fault in medical malpractice cases, the plaintiff must prove negligence on the part of the health care provider. “Negligence” can be defined as when the treatment provided falls short of the proper, generally accepted standard of medical care.

You will need to work with an experienced personal injury attorney to pursue your medical malpractice lawsuit. A first requirement is to firmly establish the responsibility and duty of the medical professional towards the patient. Then, determine the applicable standard of care. Third, identify and prove the health care provider’s failure to meet the standard of care. Finally, prove that the health care professional’s negligence was the cause of the injury to the patient.
In addition to these hurdles, it may soon become even more difficult for low-income people and older Americans to win lawsuits for injuries caused by medical malpractice or defective drugs or medical device. The legalities of medical malpractice and patient compensation, like many legal issues, are affected by the politics of the day.  On May 4, the House of Representatives passed a bill to repeal and replace the Affordable Care Act that affects lawsuits involving care covered by private health insurance, Medicare or Medicaid that is subsidized by the Affordable Care Act.
According to the New York Times, the bill impose new limits on some product liability claims, as well as to medical malpractice lawsuits involving doctors, hospitals and nursing homes. For example, under the bill, no drug or medical device that has been approved by the FDA may be named in a product liability lawsuit against the manufacturer or seller. Proponents of the bill maintain that it will limit “frivolous lawsuits that unnecessarily drive up health care costs.” Virginia Rep. Robert W. Goodlatte, a supporter of the legislation, said the malpractice limits would reduce health costs, increase access to care and save taxpayers billions of dollars. 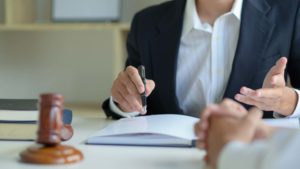 Opponents of the bill said such restrictions deny fair compensation to many victims of medical malpractice, since they apply even in cases of “egregious medical error,” such as when a foreign object is left inside a patient’s body or surgery is performed on the wrong body part. Attorneys who represent nursing home residents say the House bill, if it becomes law, will make it much harder for victims of elder abuse to seek redress and would “eliminate one of the most powerful tools we have to improve care in nursing homes.”
The American Medical Association, the American Hospital Association and the American Health Care Association, a trade group for nursing homes, supported the House bill, but, according to the N.Y. Times, “manufacturers of medical devices have mixed feelings about it.”
Craig Follis has extensive experience in litigation, negotiating and settling suits, and providing legal opinions on liability and insurance coverage. You can reach him at (888) 703-0109 or via email at cfollis@lawyersva.com.
All Categories