As automotive manufacturers hurry to get their self-driving cars onto America’s roads, states and municipalities are preparing for the onslaught.  Michigan, Arizona, Ohio and California are upgrading highways; for example, California is changing its lane markers to make them more visible to self-driving cars. What about new laws? At present, only 23 states and the District of Columbia have added laws concerning self-driving vehicles.

”Virginia is still a blank slate for self-driving car laws,” noted cvilletomorrow.org, and it is among the majority of states that need to play catch-up. In 2015, Virginia Gov. Terry McAuliffe announced a partnership allowing research and development for autonomous vehicles to take place in the state with “Virginia Automated Corridors.” Last year, the General Assembly passed a law that made it even easier to test self-driving cars on Virginia roads. 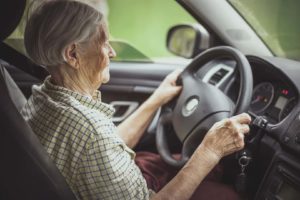 Federal regulators are also not keeping up with the pace of autonomous vehicle development and deployment. A U.S. Senate committee has begun to craft legislation covering autonomous vehicles, reported CBS News. “As this technology gets out on the road we want to make sure it is safe, that it truly is ready for prime time,” said Michigan Sen. Gary Peters.
The Energy and Commerce Committee is sending a bill with an unwieldy name, “The Safely Ensuring Lives Future Deployment and Research In Vehicle Evolution Act” or “SELF DRIVE,” to the House of Representatives. The bill is designed to allow companies like Uber and Google to test up to 100,000 prototype autonomous vehicles that would be exempt from federal safety standards nationwide. SELF DRIVE has a long process to go through before it becomes law, and the full House will likely vote on it after its return from summer recess in September.
According to autonews.com, the legislation’s provisions include:
• Significantly raising the number of vehicles that can be exempted from federal safety standards so that developers can collect more data and refine their artificial intelligence systems.
• Requiring manufacturers to certify that vehicles are likely to function as intended and have safety redundancies, without requiring federal approval of technologies during the development phase.
• Directing the Department of Transportation to issue a rule updating vehicle safety standards and adding new performance standards for highly autonomous vehicles.
• Allowing states to set insurance, license and registration requirements and enforce traffic laws for self-driving vehicles, but prohibit states from regulating design and performance standards.
• Directing automakers to install cybersecurity protections against hackers.
• Authorizing the DOT to establish an advisory council on highly automated vehicles.
Craig Follis has extensive experience in litigation, negotiating and settling suits, and providing legal opinions on liability and insurance coverage. You can reach him at (888) 703-0109 or via email at cfollis@lawyersva.com.
All Categories