Born and raised on Long Island New York. Mr. Follis first became interested in the law in high school. He was fortunate enough to attend a high school that was one of the few who had a law program. In high school Mr. Follis took several law classes and participated in the First High School International Moot Court Program which allowed him to argue with his team at the United Nations against a team of Canadian high school students. Upon graduating from high school, Mr. Follis attended Penn State University where he earned a Bachelor of Science degree in Finance. Mr. Follis’ interest in the law continued and he was selected to join the Undergraduate Student Government Department of Legal Affairs. In his senior year Mr. Follis was the Director of the Department of Legal Affairs. This experience and helping students with their legal issues and honor code violations increased Mr. Follis’ interest in the law and he decided to attend law school.

After graduating from Penn State, Mr. Follis moved to Richmond Virginia to attend law school at the T.C. Williams School of Law at the University of Richmond. After graduating from law school and passing the Virginia State Bar exam in 1989, Mr. Follis was employed by Virginia Farm Bureau Mutual Insurance Company as their claims attorney. This position involved managing all litigation throughout the state of Virginia involving their insureds. Mr. Follis was responsible for researching and evaluating personal injury claims and coverage issues. In his role as claims attorney Mr. Follis monitored attorneys across the state of Virginia who litigated cases on behalf of Virginia Farm Bureau. Mr. Follis was ultimately responsible for determining which cases to settle and which cases to have go to trial.

While employed at Virginia Farm Bureau, Mr. Follis was an arbitrator for the American Arbitration Association. This position involved reviewing, deciding and providing written opinions concerning disputes between insurance companies.

After five years of employment with Virginia Farm Bureau Mutual Insurance Company and after gaining invaluable experience in how insurance companies operate, including how they defend and evaluate claims, Mr. Follis along with two of his law school classmates David Epperly and Kevin Schork formed the law firm of Epperly, Follis & Schork in 1993.

Mr. Follis took his skills and experience developed through his employment at Virginia Farm Bureau and moved into the area of litigation. He became one of the attorneys he previously managed. On behalf of insurance companies, he began representing their insureds in lawsuits filed against them primarily involving motor vehicle accidents and insurance coverage issues. This involved meeting with clients and evaluating liability, settlement values and coverage questions. He defended individuals in litigation including depositions, mediations, arbitrations and trials.

After defending people who caused accidents and insurance companies, Epperly, Follis & Schork decided they no longer wished to represent insurance and trucking companies, but wanted to help individuals recover what they deserve from individuals responsible for causing our client’s injuries.

In 2003 Mr. Schork decided he wanted to do what he had always done and represent criminal defendants exclusively and decided to leave Epperly Follis & Schork and open his own sole practice. Fortunately, they remain friends and continue to practice law in the same building.

Craig and David Epperly formed Epperly & Follis and continue to zealously represent individuals who have been injured by the wrongful acts of other individuals and corporations.

Craig is married and has three children, two boys and a girl. Craig spends much of his free time coaching and cheering his children on in their athletic events including soccer, swimming and baseball. In his free time Craig enjoys reading, traveling, baseball, football, soccer and golf. Craig has served on the pastoral council of his church. Craig is a board member of First Touch Sports is a non-profit organization which uses sports as a tool to teach young people important values and life skills that will help them lead healthy and productive lives. 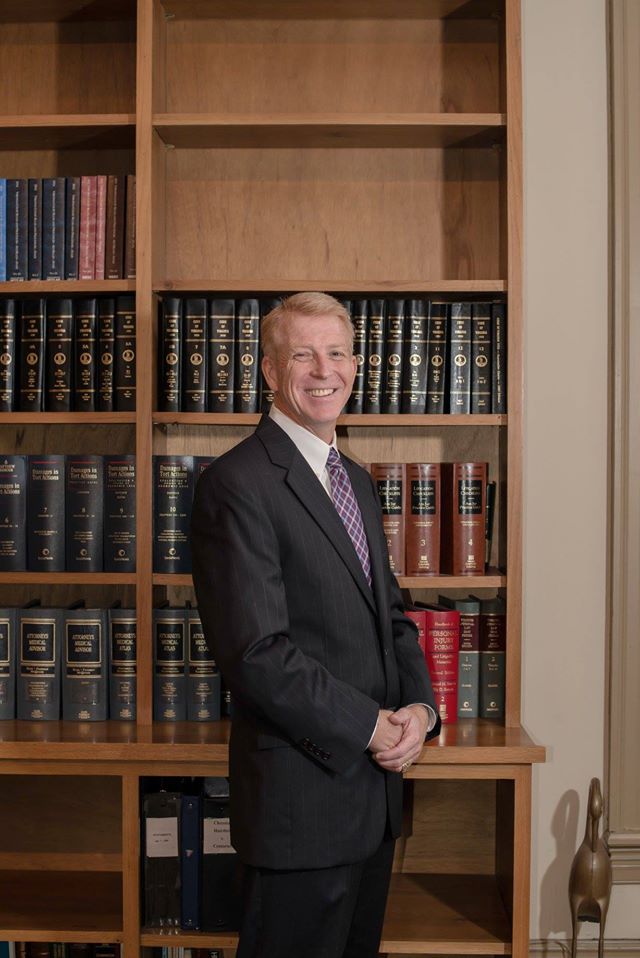