Anticoagulants, also known as blood thinners, can be life-saving medications for people at high risks of strokes. They can greatly (by 50-60 percent) reduce the chances of blood clots forming that can block veins, arteries, and the heart, and cause stroke, pulmonary embolism, or deep vein thrombosis.

All blood thinners, however, are associated with a risk of causing excessive bleeding. Many traditional anticoagulants, such as warfarin, are released with antidotes (in the case of warfarin, a shot of vitamin K). Pradaxa, the German drug company Boehringer Ingelheim’s new-generation anticoagulant, was approved in 2010 and released with no antidote—that is, no way to stop the bleeding once it started. Its advantage over warfarin was that it didn’t require regular blood monitoring.
Three years ago, Boehringer Ingelheim settled more that 4,000 lawsuits, valued at $650 million, filed by patients who had experienced uncontrollable, irreversible bleeding as a deadly side effect of Pradaxa. The number of cases was so enormous that a Multidistrict Litigation (MDL) was established, and all of the claims went to an Illinois federal court. Boehringer, however, decided to settle the cases before any trials could take place. Despite having settled the claims, the company never admitted any wrongdoing. Accused of fraud and deception, reported legalh 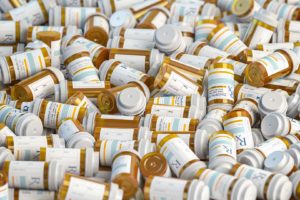 erald.com, Boehringer “continue[d] to stand resolutely behind Pradaxa,” according to corporate counsel chief Andreas Neumann.
The huge settlement may not be the end of the story. Today, an antidote to Pradaxa, Praxbind, exists, but it came along five years too late for the patients and families who had suffered from side effects of the drug.  By 2011, there were more than 3,781 adverse event reports naming Pradaxa as the likely cause of patient harm, as opposed to 1,106 for warfarin.  One thousand patient deaths have been ascribed to Pradaxa. Patients who were not involved in the 2014 lawsuit, but have suffered excessive bleeding since that time, are pursuing new lawsuits.
Craig Follis has extensive experience in litigation, negotiating and settling suits, and providing legal opinions on liability and insurance coverage. You can reach him at (888) 703-0109 or via email at cfollis@lawyersva.com.
All Categories